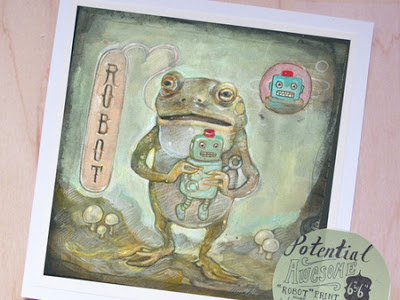 Here are some pictures I took during the fall FPAC open studios.

A big thank you to everyone that stopped buy to say hi. I did crazily well, and am now out of prints. It seems like it may be about time to do a re-stock. I'm hoping to order some more prints from iolabs (my favorite printing company, so far) and maybe put together a little postcard pack before the holidays. 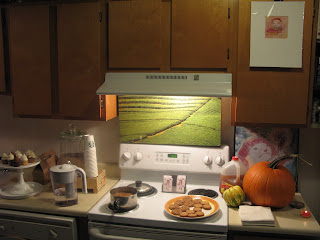 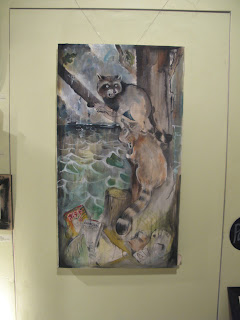 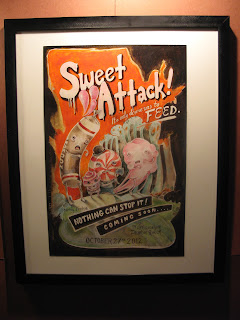 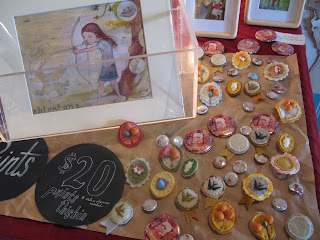 Posted by Jennifer Lewis at 4:17 PM No comments:

October is here, pumpkin spice lattes and warm cider abound as the leaves fall from the trees the open studios season begins.

Last weekend I visited MICE, I had been planning on visiting for a long time but never made it. I'm so glad I finally went. There are so many awesome comic book artists in Boston. I got to meet a few Boston artists in person that I have only met on Facebook or Blogs, neet-o. I also purchased tons of stuff, Christmas presents, stickers, comics, original paintings and comics. Eventually I will take a photo of everything and list all the artists.

I'm still working on my comic. I was planning on finishing it by the end of the Summer but I had to put it on the back burner as the fall approached. With open studios and going back to school there is no way I will have time to work on it until maybe December. My new goal is to try and finish it before MICE next year.

I am still finding things to keep me busy between work and school. Oct 19, 20 and 21 my husband and I will be showing our work at the Annual FPAC Open studios and:

I just finished a 11" by 17" painting that will be in the Everything that Creeps show. 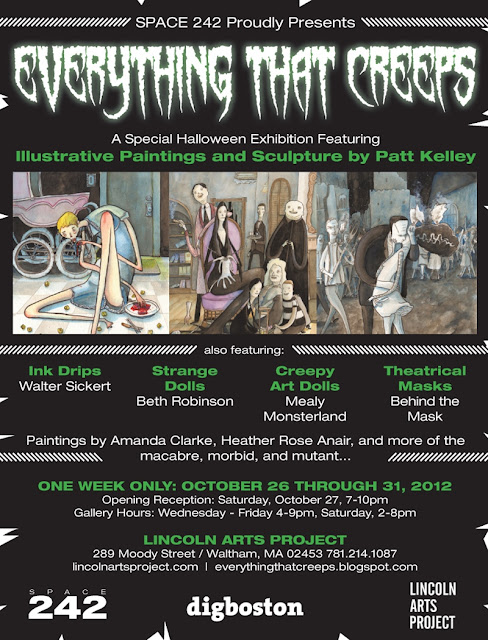 Hope you can make it to the opening.
-Jen
Posted by Jennifer Lewis at 11:51 AM No comments:

Fall is in the Air 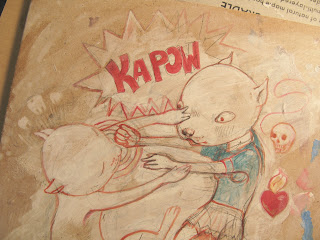 Yesterday, with the bustling of students it was evident that fall in Boston will soon be upon us.The crisp air always jump-starts my mind and inspires me to draw up a storm.
Fall may be my favorite season, but also my busiest time of year.

And, my favorite event of the season,


This year I will have some new stickers and buttons as well as some shiny new paintings.

Stop buy and say hello.
-Jen
Posted by Jennifer Lewis at 11:12 AM No comments:

I've been collecting Japanese candy packaging for a while now. I love the attention to detail, the cute characters and the amazingly beautiful color combinations. Once in a while you will come across something strangely beautiful and puzzling. 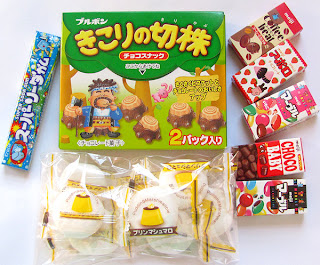 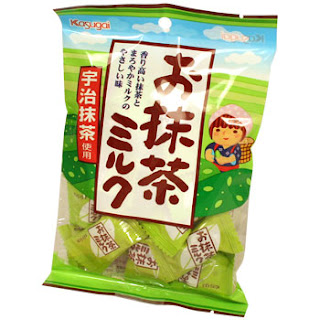 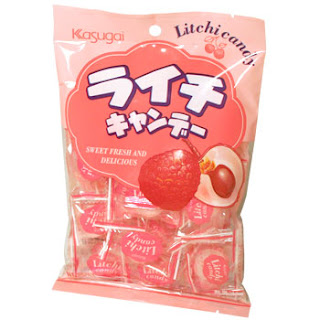 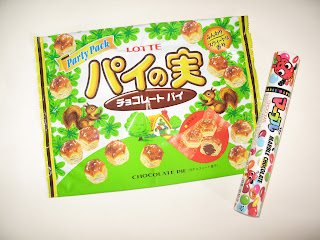 Posted by Jennifer Lewis at 11:13 AM No comments: 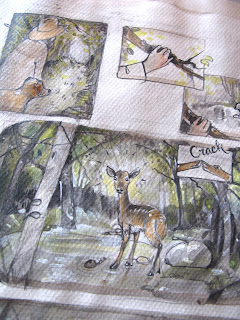 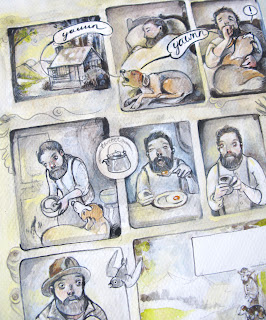 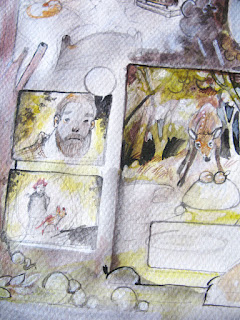 Above are some images for a mini-comic I have been working.  Hopefully I will have it done by the end of the summer, then I can start looking for printers.
Posted by Jennifer Lewis at 1:09 PM No comments: 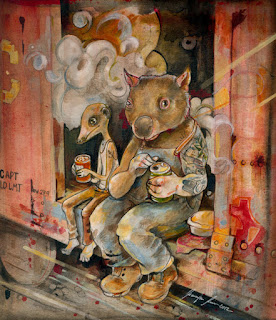 Illustration I did for The Nanker Phelge
http://www.facebook.com/TheNankerPhelge
Posted by Jennifer Lewis at 11:31 AM No comments:

I just finished the first semester of my Graphic Design certificate program at MassArt.
Pheew.. I did not realize that I had not updated my blog since I started classes.
I have been really busy with school, but I did manage to sneak in a few art projects during the semester:

http://www.facebook.com/TheNankerPhelge
I did an illustration for the band The Nanker Phelge
(Meerkat and Wombat) 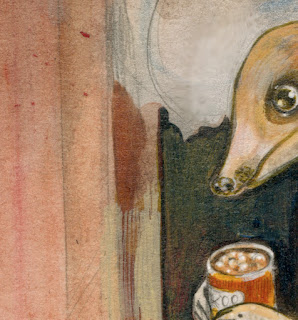 I just recently finishes a quick illustration for a Paul Frank Contest: 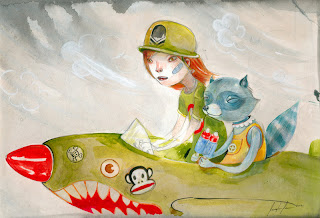 This summer I will be practicing my newly learned graphic design skills by trying to put a short comic book together. I'm also planning on getting some more stickers, buttons and prints. My inventory is so low right now I only had about 10 prints and 10 buttons to sell at the FPAC spring art walk, whoops!

Back to the drawing board for the summer.
I will be doing the Boston Arts Festival and FPAC open studios before I go back to school in the fall.
see you then.

-Jen
Posted by Jennifer Lewis at 10:48 AM No comments:

I Just mailed my work out to the Three Graces Gallery.
The below pieces will be included in the Tiny Tiny Art Show 9
105 Market St.
Portsmouth, NH
Below are some of my process images, sketches and such.
One arting evening I came home with some cupcakes from Sweet bakery.  I made some holiday tea in out new wedding gift Anthropologie octopus mugs. I painted and nibbled on sweets while Tom played his video games, keeping warm with a cup of hot tea, what a lovely evening. 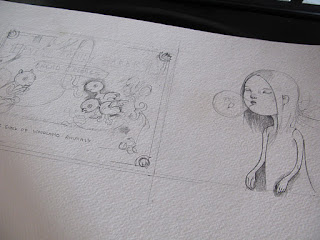 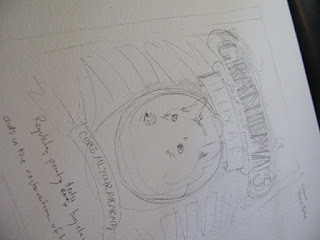 Below are the octopus mugs. look! They have ships on the inside!
The cupcake flavors were; cookies and cream, chocolate chip cookie dough, mint chip ice cream and bananas foster. I think the banana or the cookies and cream was the best.  My all time favorite is the strawberry shortcake. 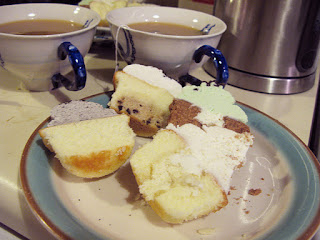 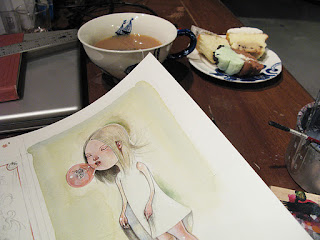 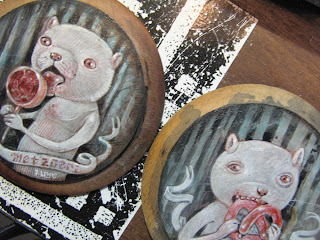 Here are my finished pieces ready to be shipped out. I framed my Blue Squirrel in a cute shadow box frame. 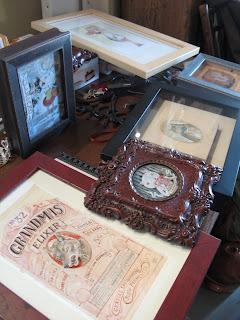 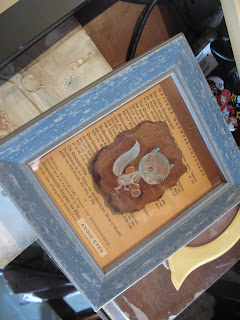 Hope you can make it to the show, some other great artists will have their work there ad well, including  Kelly Vivanco and Amanda Atkins.

Posted by Jennifer Lewis at 9:33 AM No comments: 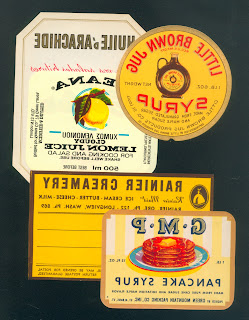 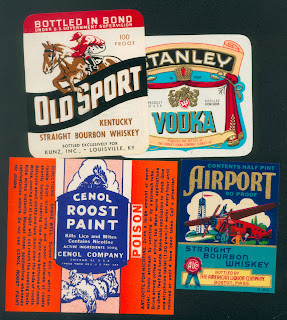 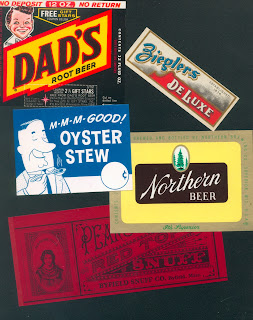 My Husband just ordered a bunch of old labels from Etsy.  Old labels have always been a great inspiration of mine. I love some of these color combinations.  I think the mmmmm good oyster stew label is my favorite, airport whiskey comes in as a close second, it reminds me of an old travel poster.

Tomorrow I start Graphic design classes and frame my paintings for the Three Graces Tiny Tiny Art Show 9.
Posted by Jennifer Lewis at 9:53 PM No comments: 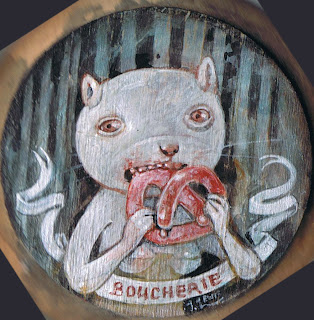 Collecting picture frames and working on some new paintings.
Below are some inspirational images.

Posted by Jennifer Lewis at 4:22 PM No comments: