Mauzer and the Guttersnipe Warriors

Recently I have been inspired by the old-timey street gangs of London (something along the lines of Oliver twist). I have been watching a lot of Sherlock Holmes, Ripper Street, and doing some on-line research. There is something so grungy and primal about of the stories of those children that have been dealt the worst hand and manage to scrape and claw their way through the muck of London. Ripper Street is very similar to the Guy Ritchie Sherlock Holmes with beautiful movie sets based in the 1800′s. “Ripper Street” offers high budget filming locations and consuming that are dressed superbly in city soot. 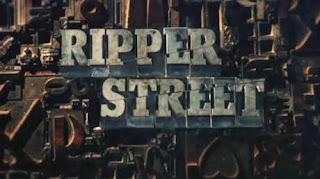 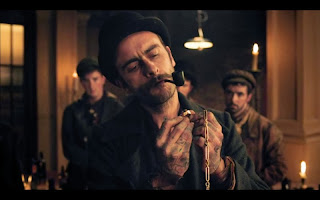 In my searching I discovered a new show, Peaky Blinders. It looks like it may just be my cup of tea. This is BBC2's new epic British gangster period drama. The story follows of an infamous street gang, a terrifying Brummie mob who ruled the industrialized areas of Birmingham through the 1880s and early 1900s. 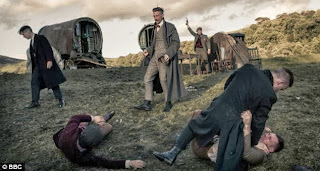 For a recent show, (Story Time) at the Monkeyhouse gallery, I created a character that was very much inspired by these shows. 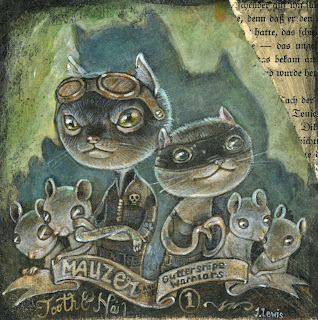 This is Mauzer he lives in city a similar to 1920’s London. Mauzer is a “mouse hunter” he finds mice that are down on their luck and recruits them to join his Guttersnipe Warriors gang.

This group of misfits live on the dirty city streets banding together to make their way in the world. They sometimes fight crime, but they are also known to fight for scraps of fish by the docks. Mauzer’s lady-friend is Kitten-has-claws, she is a strong-willed spirited lady that is a pro at the slight-of hand.

When they travel to other cities, or need a little extra cash they will operate a side-show circus. This mouse gang will use their various street-smart skills to impress the carnival attendees.

In the future I may make a comic out of these characters, there are so many great stories to develop!

Posted by Jennifer Lewis at 6:41 PM No comments: