I've been working on another neat illustration project "Life Science".
If all goes according to planned I hope to be releasing it at the FPAC spring open studios.

PaleoFuture
focuses on Utopias and the pasts vision of the future and time capsules
http://www.paleofuture.com/blog/category/1940s 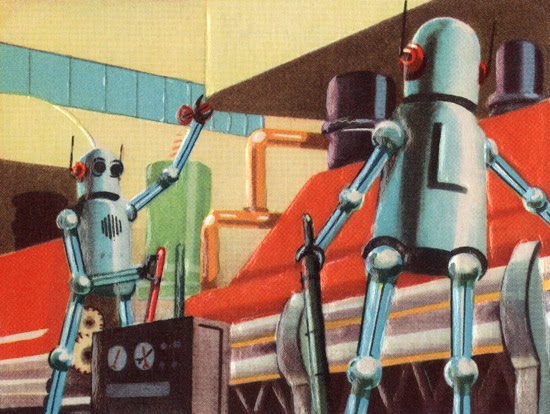 Why frogs?
With this vision of the future I wanted to counterpoint by depicting the effects of  a consumerist robot-centric society on the environment. Most frogs require suitable habitat in both the land and water environments, they have permeable skin that can easily absorb toxic chemicals. These traits make frogs especially susceptible to environmental disturbances, because of this frogs are considered  indicators of environmental stress. 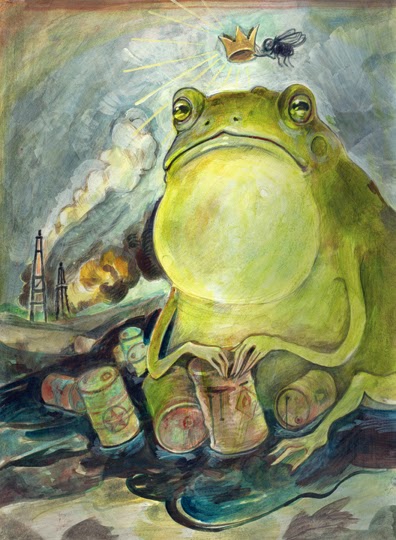 The Life Science wordless story game is now for sale on Etsy. 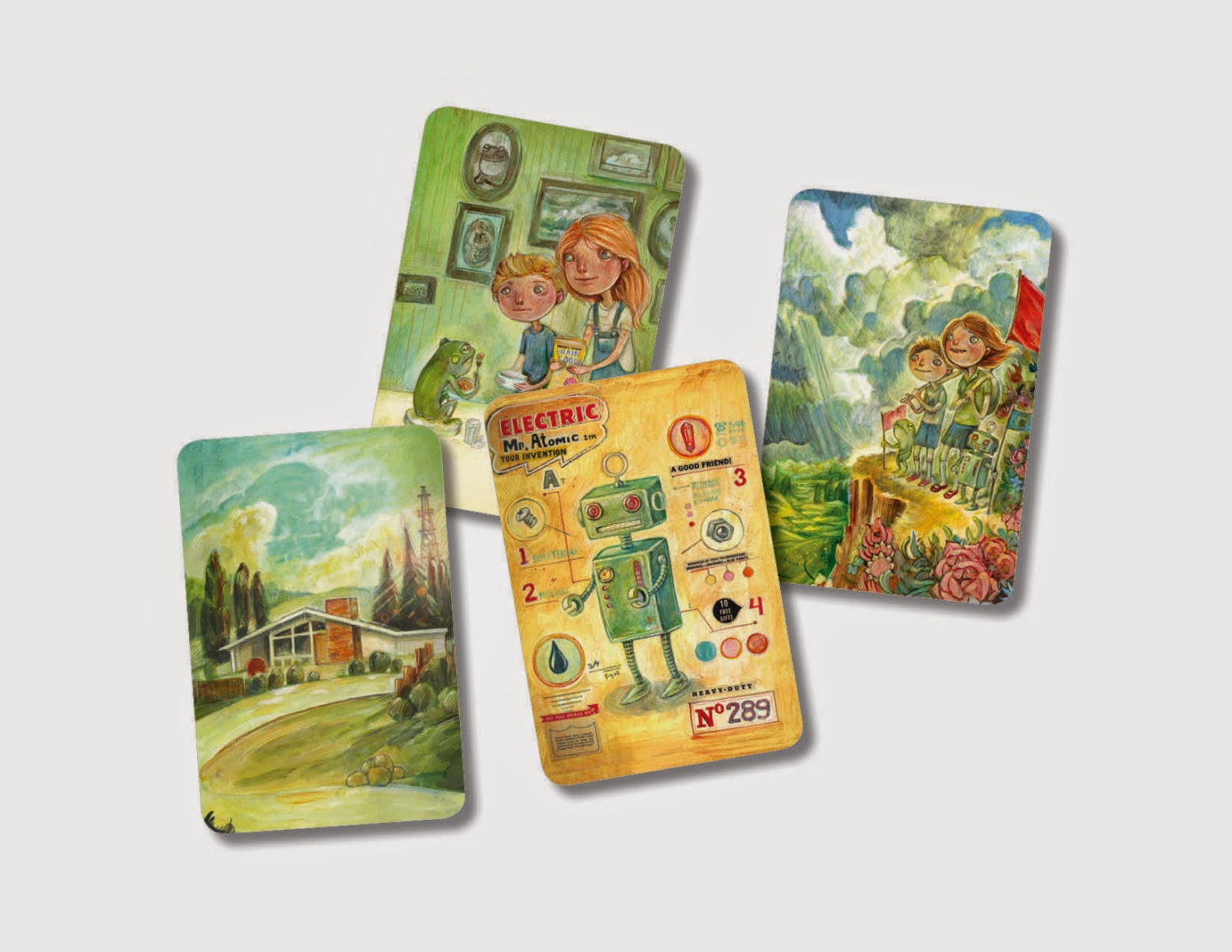 Posted by Jennifer Lewis at 6:07 PM No comments: